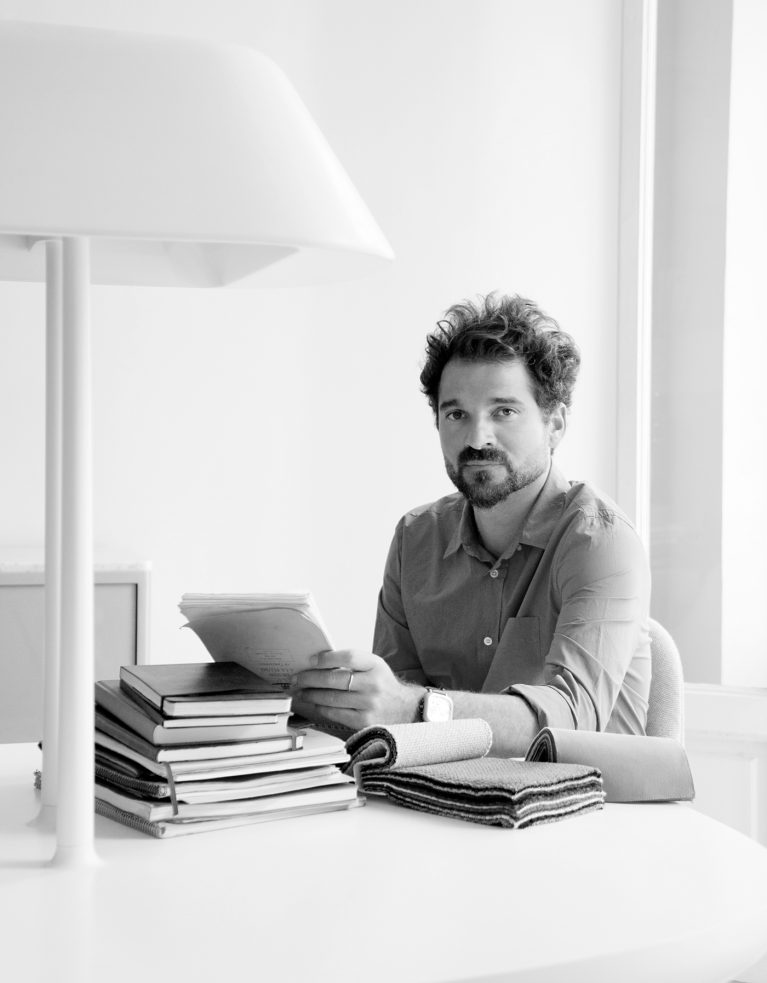 What are the origins of your relationship with Milan?
My relationship with Milan started when I decided to study design in Madrid and probably the first thing I was thinking is that Milan is the most amazing design city on the planet. Though the first thing I encounter when I went to Milan for the first time in my life is that there was everything except design and when I went to Milan the first time, I was so shocked about how Milan had a lot of retro design. Now, when I went the first time to the Salone del Mobile, I realised that design transforms the city and becomes something really special. And little by little, through the years, I’ve understood that design it’s everywhere in Italy and in Milan especially. So this was the conclusion at the end. The relationship begin definitely at the beginning when I went to the Fair, discovering it as a student and then as an actor of the Fair. I’ve always became very much attracted to this city and what this city can give you. And right now, it’s like a gathering point to meet friends and see companies and to discuss the progression of our design world, so it’s a very interesting city to me in that way.

What is your favourite historical building in the city?
I love the Brera area and the Pinacoteca. Obviously, the Castello Sforzesco for me has always been a quite interesting place, obviously, the Torre Velasca is fantastic, and the Pirelli building, which it’s just so beautiful where it is; I love where it is because it has the contrast with the station, which is so Mussolini-like and so monumental and so expressive that in contrast to that beautifulness the sharpness of Gio Ponti is quite fantastical. That’s why I like it.

What do you normally do when you are in Milan?
When I go to Milan, I go for different reasons. I go for works though, I mainly meet people, I go to showrooms, I go to Brera all the time and I have dinner there and I’m always in-between. I’m always in the Brera area first for some reason, you know, to visit the showrooms, to visit the friends, to go to different places, I go to the Torre di Pisa sometimes to eat but mainly I just go to Brianza or go around I don’t stay so much around it, but if I’m staying a little bit longer in the city, I always try to find a new spot and try to find a nice new restaurant or ask somebody, what’s the next place I should go to. I’m always asking people for new spots, but I would say that mainly I stay in the Brera area and always around the Garibaldi area.

­Is there a shop in Milan where you buy special items?
Along Via Solferino there’re three shops I used to go a lot: one that I used to eat a little pizza rectangles, which I really like, which is not too far from where the Boffi showroom is; one is an optician where I used to buy glasses and the latter is a shop where I used to buy jackets.

What is your favourite cafe, bar or restaurant in Milan?
I love to go to the Latteria. We’re talking about like style Bar Basso or the Torre di Pisa, probably I like the history of those places. I love the really establish trattorias in Milan, that’s what I like, and there is a certain type of style and simplicity in it – this is something I really am fond of.

Which new buildings have transformed of the city?
There’s a lot of new buildings up there, but I don’t think necessarily they’re making the city better. Definitely not. I mean, I love these, this building with the balconies full of plants and stuff, I don’t know how you call them in Italy but, but I like those a lot, I think that’s a very interesting type of architecture that is up there, less what’s going on there with the big towers and everything around the area where Corso Como is, I’m not so fan of that, to be honest … It’s quite interesting to see a progression but I think Milan is interesting because of its old historical centre and the variety of families and people doing beautiful things, you know, I think that’s the most positive thing to me in general.

What would you transfer to Milan from another place?
I think Milan needs to be more structurised in terms of transportation and be easier to cycle around and not giving so much to the cars. I think it should be more ready when there’s events in it because it’s like a hell to get an hotel or it’s over-expensive when you get an hotel in, during the times when there is the Fairs. I would centralise more flights to Milan than all of them to Rome if I was the government, I would do that. And I think Milan should show within its structures, which are belonging to the government, how important design is. So, for example, refurbishing some of the stations, making better the train system and things like that would be much more nice, you know, for the city of Milan, you know, this is something I think really relevant to the city, it’s not only about like families, but it’s like the government should be design-oriented. This is what I would say that it’s missing: when you go to Singapore, the airport, the trains, the infrastructures are all meant to be quite spectacular, and to show the progression of the modernity. So, this is what I would feel.